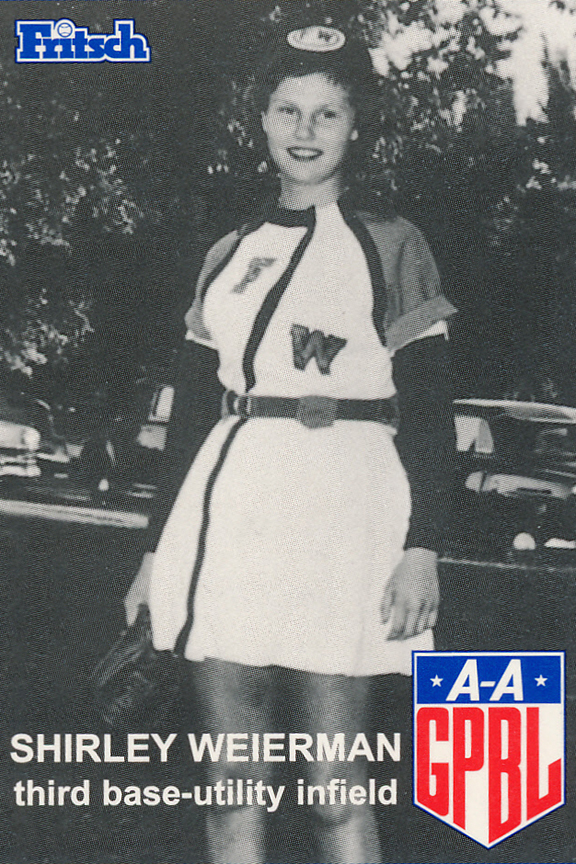 At 14, Shirley was the youngest player to play in the AAGPBL. She was used by the Daisies as a utility infielder in 1953. She was considered a good fielder and a better than average hitter. She stated she always was disappointed she didn't get a longer shot at playing in the league, but was happy she did get there at all.

She retired when the league dissolved in 1954 and went into dentistry.  She enjoyed fishing, golfing, tennis and painting.

Shirley was among the first class to graduate from Lima Senior High School in 1956.  The summer following graduation she began her studies at the Ohio State University.  She graduated from OSU in 1963 with both a B.S. and D.D.S. degree.

Following graduation from Ohio State, she returned to Lima where she had a private dental practice on West Market Street for six years.  In 1969, she moved to Los Angeles, CA and practiced pediatric dentistry until an automobile accident caused injuries that made it necessary to leave dentistry.  She then became involved with the training and care of dogs and had a radio and television program in Los Angeles dealing with that topic.  She was also a real estate broker and attended law school at UCLA. She returned to Ohio in 1986 for a visit and became ill with pneumonia and later emphysema.  In November of 1992 she had a right lung transplant at the Cleveland Clinic Foundation Hospital.

She was the first female to receive a full scholarship from General Motors and used it to attend Ohio State.  She was also a pioneer for women in dentistry being one of three females in her class with only Shirley and one other female completing the program.  She is recognized by the Baseball Hall of Fame as a member of the All-American Girls Professional Baseball League during the 1953 and 1954 seasons..

Her love of fishing was surpassed only by her love of gardening.  She created showplace flower gardens not only for her own yard but also for several of her friends in Columbus.  She has continued to be an avid supporter of females in athletics as well as the professions.  Shirley has touched the lives of many people in her short life, both personally and professionally, and will be missed by all who have known her.

Services were held at the Huckeriede Funeral Home.  Burial was at the Memorial Park Cemetery