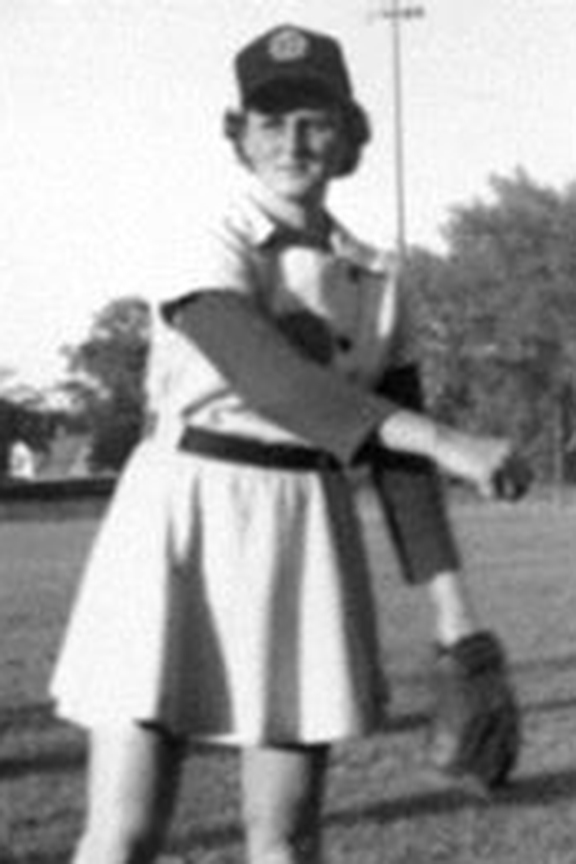 Luhtala, Shirley Ann, 80, passed away peacefully on Wednesday, January 30, 2013 at the Hospice of the Valley 's Dobson Home.

Shirley, who was surrounded by her loved ones at her passing, was born, reared and educated in DeKalb. Ill. Prior to her college years, she played in the Professional Women's Baseball League, primarily with the Battle Creek Belles [1951].  [Shirley also played for the Racine Belles in 1950 and with the Rockford Peaches at the end of the 1951 season.]

After the completion of her Bachelor's of Science degree at Northern Illinois University, she taught at Rochelle High School and was known as "Ms. Lu" to parents and students. Upon completion of her Master's of Science degree, she moved to Arizona where she accepted a position as one of the founding faculty at what was then the Mesa Jr. College Extension. The campus was located at what is now the Landmark Restaurant. In time, the school became Mesa Community College, and Shirley remained an active member of the faculty as a professor of physical education and coach until her retirement.

She resided at her Chandler [AZ] home until earlier this month when she needed additional hospice assistance. Some of her happiest times were spent at her beloved mountain home in Pine, Ariz. At her request, her remains will be placed there.

Shirley will be greatly missed by her lifelong friend, Kaye McDonald, her dog Sasi, and many other friends and loved ones, including her "adopted" families, the Coys and Haneys. The Coy and Haney children grew up calling her "Aunt Shirley" and enjoyed visiting her in Arizona. Shirley was cared for in the past few years by Karyn Coy and Jeff Cutler. Their efforts were extraordinary and exceptional.

Special thanks are extended to Leigh Ann, Latonya, Rita, Rimma, Rebekah, Jennifer and Sophia, the dedicated professionals who cared for and about Shirley during the last years of her life. A Celebration of Life [was] held Saturday, February 9, 2013 from 1-3 p.m. at Angels Cremation and Burial, 422 W. McClelland and Country Club, Mesa, Ariz. No flowers, please. Contributions may be made in her name to Hospice of the Valley.