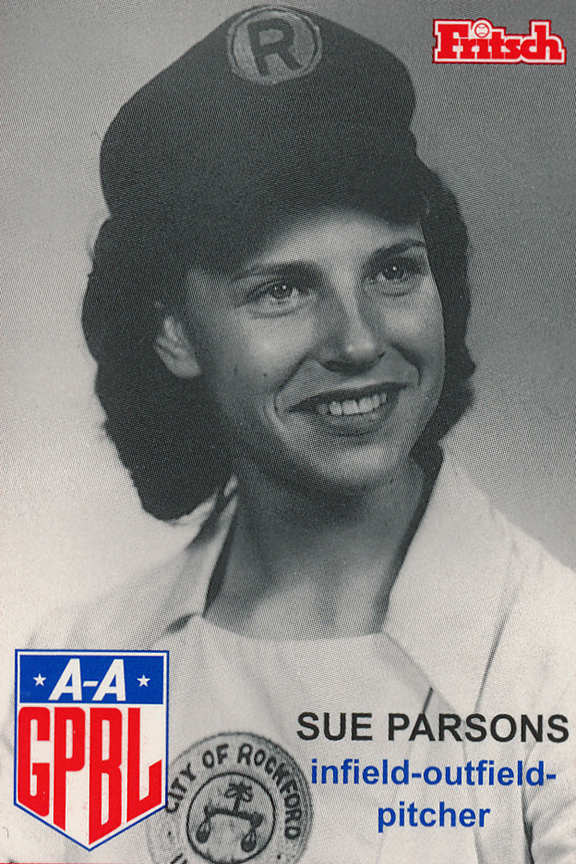 Born and raised in Hingham, Massachusetts, Sue played professional baseball after high school for the "Rockford Peaches", part of the All American Girls Professional Baseball League, and, had an appearance in the 1992 Penny Marshall movie "A League Of Their Own."  Along with all AAGPBL players, Sue was recognized by and became a part of the Baseball Hall of Fame in Cooperstown, NY in 1988, and she was inducted into the Hingham High School Athletic Hall of Fame in 2007. As the mother of three young children, Sue began playing tennis in the 70s. After attending Jack Barnaby's tennis instruction course at Harvard and Vic Braden's tennis college in California, Sue began her tennis teaching career in 1973 as Assistant Manager and teaching pro at Pilgrim Tennis Club in Kingston, MA. As a player, Sue achieved New England and national rankings in the 40+ division. She later established a tennis specialty shop on Cape Cod and became the first USRSA stringer in Massachusetts. In all, Sue has been actively involved in all aspects of tennis for over 40 years--from teaching, to organizing leagues and tournaments, to retail, to becoming a club owner.

A Florida resident since 1987 Sue presently lives in Englewood, where she and her son, Bob, have co-owned the Englewood Tennis Club since 1989. She was the FTA League Coordinator for USTA Junior Team Tennis in Region 5 prior to assuming the role of League Director for Team Tennis Junior League in Manatee, Sarasota, and Charlotte counties (MSC). After funds were cut for middle school tennis in Sarasota county, working with USPTA pros and private facilities, she created a middle school league to fill the gap.

Sue served as a Board member for the All American Girls Professional Baseball League Players Association, as Chairman of the Recreation Commission in Marshfield, MA., and as President of the Placida Harbour Condominium Association in FL. She has three grown children, all presently residing in Florida, and six grandchildren. Benjamin Zipay of Osprey, the youngest at age 10, was a ranked USTA tournament player in 2013.