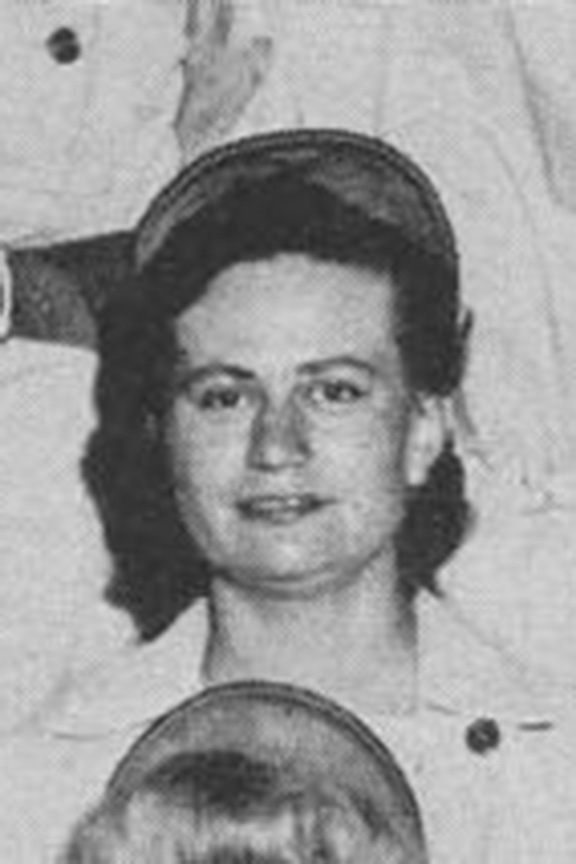 This player has not been located.  We have no additional information.  If you or someone you know has information regarding this player, please contact us.

Thelma Childress Pedin Kinney died October 18, 2019, at age 93. She was born October 9, 1926, in Richmond, Va., to Thomas Marion Childress and Gladys Albury Childress. Thelma is survived by her eldest son and his family; her grandson, and nephews/nieces of Childress and Bourne. A son preceded her in death in March 2019 at the age of 63.

Thelma was an All-American Girls Professional Baseball League player for the Grand Rapids (MI) Chicks in 1946.

Thelma lived in Richmond her entire life and was a nurse at McGuire VA hospital in Richmond in the late 1940s. She then became a devoted mother and homemaker from 1950 well into the 1970s. Thelma was married to Allan Brewer Pedin Jr. until his death in 1972 and remarried to her second husband, Ted Kinney, until his death in 1983. Thelma was an avid gardener, a tennis player, and bird watcher. She was in relatively good health up to the last week of her life. May she rest in peace. A small graveside service was held for family, November 1, in Varina, Va.