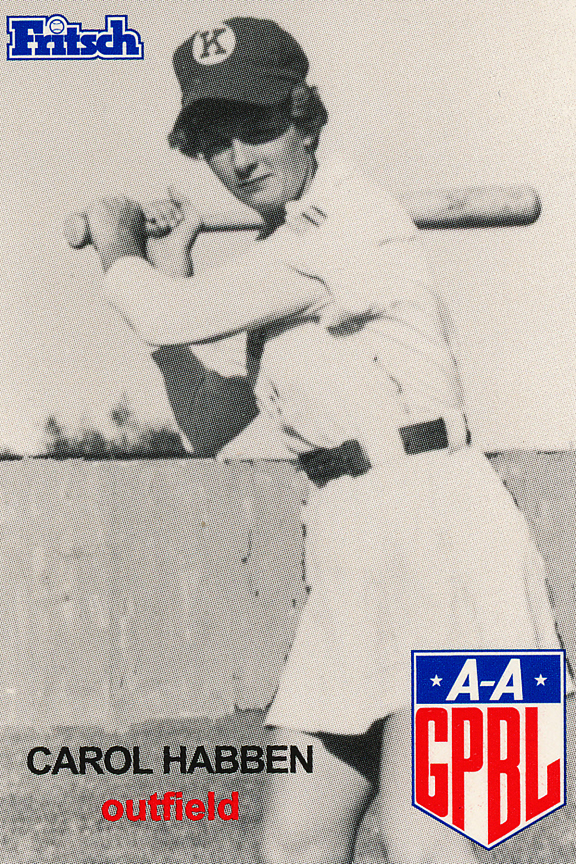 Carol Habben, a former player in the women's baseball league chronicled in the 1992 film ''A League of Their Own,'' died Saturday January 11, 1997 after a long illness. She was 63.

Ms. Habben was a center fielder and catcher for the Rockford (Ill.) Peaches of the All-American Girls Professional Baseball League in 1951, 1952 and 1953. The Kalamazoo (Mich.) Lassies in 1954.

The popular Midwestern league, which drew as many as one million people during one season, was founded in 1943 by the Chicago Cubs' owner, Philip Wrigley, to keep fan interest alive during World War II.  It disbanded at the end of the 1953 season after Ms. Habben's team won the league championship.

Ms. Habben started playing baseball in high school in Midland Park, N.J., and played for a women's sandlot team in Rahway before signing a $250-a-month contract to play with the Peaches when she was still a teen-ager, said her sister, Jane Iannuzzi.
''She was still in high school when she started to play, so she would take her exams early,'' Mrs. Iannuzzi said. ''About the beginning of June we would take her down to the train and she would be off. She played until the fall.''