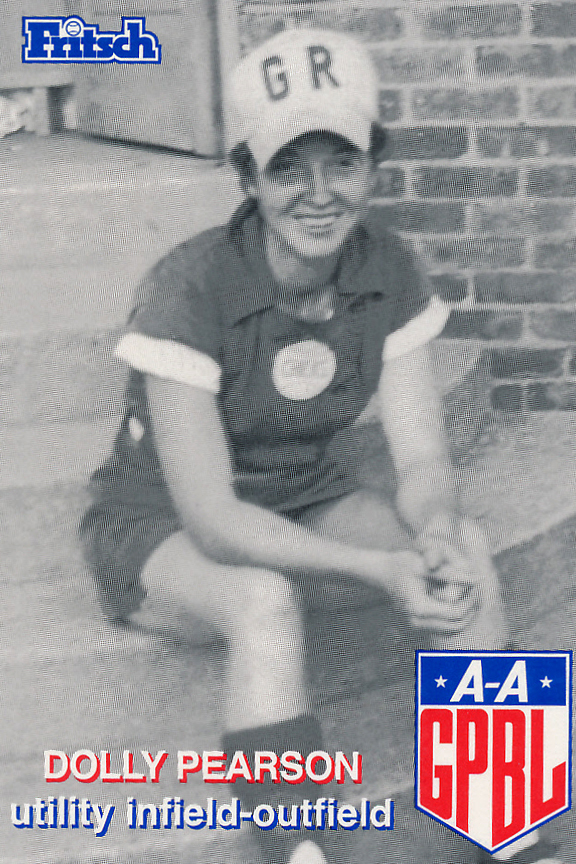 Dolly was born Sept. 6, 1932, in Pittsburgh, PA, the daughter of  William and Retha (Hayes) Pearson.  At the young age of 16, Dolly was paid to play baseball in the  All-American Girls Professional Baseball League. She played for a  different team in each of her seven seasons from 1948-1954, including Muskegon, Peoria, Racine, Battle Creek, Kalamazoo, South Bend and finally, Grand Rapids.

On April 30, 1955, she married Edward J. "E.J." Tesseine in Grand Rapids. They moved to Mt. Pleasant where they owned and operated E.J.'s Lounge until 1981. Dolly later worked for Central Michigan University in the athletics department. She retired in 1994 and since then was very involved in the foster grandparents program. The children of the program were a very important love in her life.

Dolly is survived by four children, Retha Jean "R.J." Shreve , Sam (Kim) Tesseine , Ron (Ana Rebecca) Tesseine  and Edward Tesseine Jr.,  five grandchildren;  one great-grandchild; one brother, Bill (Ann) Pearson ; and one sister, Sue (Charlie) Evans.   She was preceded in death by her parents; and in 1991, by her husband, Edward  "E.J."