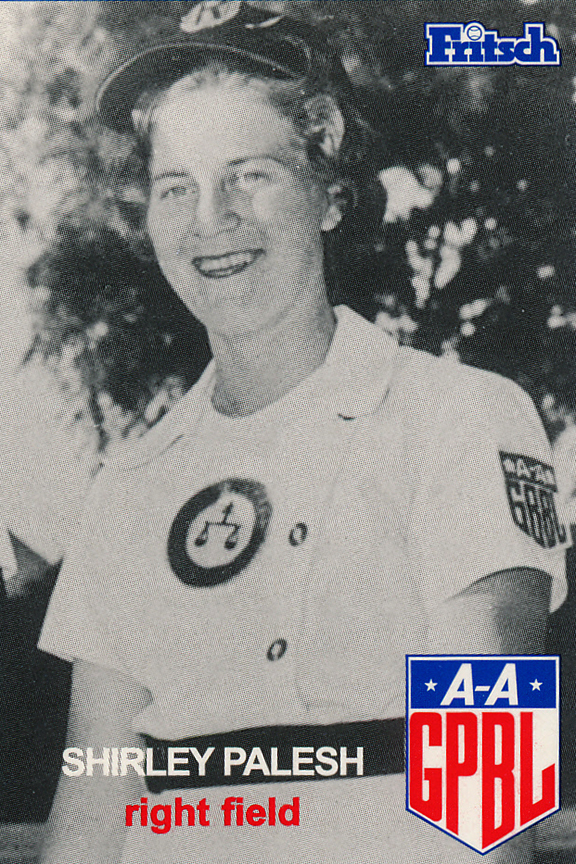 Before coming to the AAGPBL, Shirley helped her local softball team as a pitcher and outfielder and leading hitter win the regionals in Wisconsin. The Belles had her play in the outfield in spring trainning and they felt she would make a solid all-around player. Both her brother and father were baseball players and helped her develop her skills at an early age.   She was a leading hitter for 20 years in the Wisconsin fast pitch league.

Shirley was born March 1, 1929 in Chicago to the late Joseph and Ella (Laffin) Palesh. She was employed at the Banta Corporation in Menasha, from which she retired in 1992.

Shirley was an avid sports fan. Her greatest interests were listening to the Brewers, Packers, Badgers, and Bucks. She was a life-long member of the All American Girls Professional Baseball League Players Association. She played right field for the Racine Belles and the Rockford Peaches in the 1950's. Throughout her retirement years, she received many requests from people in the United States and other countries asking for an autographed baseball card.

Shirley was a member of Zion Lutheran Church in Wausau, and assisted in some church functions over the years. She enjoyed attending family and friend events, helping in whatever way possible.

Shirley is survived by two brothers, a sister, and extended nieces and nephews. She is preceded in death by a sister, a brother-in-law, a sister-in-law, and a nephew.